We are going to improve your Turkish speaking level naturally right after determining your level in a free trial skype Turkish class. Please just lie back and enjoy speaking a second language.

We really know that grammar learning is BORING! We designed a new technique for you to learn Turkish grammar effortlessly. If you still feel nervous about grammar, we will change it completely.

Our native Turkish teacher team teaches Turkish Language in every level at wherever you can find an internet connection.

If you are about to come or in Turkey, learn the most commonly used Turkish phrases and words through live skype Turkish lessons.

Choose the subject and contact with us. You will have a native Turkish teacher who will improve your writing by using emails.

You are going to read the enjoyable, fun Turkish texts with a native Turkish teacher who is going to correct your pronunciation mistakes.

How do the Turkish Language Lessons Work?

Please read “Terms and conditions” section below. Fill up the little form above to take a free Turkish trial lesson that your teacher will determine your needs and level.

An e-mail that includes your Turkish teacher’s skype id and avaliable hours informations will be sent to you quickly.

Maybe you are a teacher who wants to have a Native Turkish speaker to visit his classroom via skype? Just contact us for rates and details.

Learn everything about Turkish language through video lessons. Improve your grammar and pronunciation watching videos repetitively.

We offer one to one and group Turkish lessons up to five individuals. The Turkish language level of learners must be equal or close enough in order to be able to benefit from group lessons properly.

Your English level must be at least elementary level or more in order to take benefits of skype Turkish lessons.

that are free conferencing softwares, a headset and a good internet connection that will allow you to communicate with your tutor.

You will also need to obtain a

We generally use our specially designed Turkish learning materials during the lessons. If the students would like to use different books, they must get in touch with us before the lessons.

We accept payments through Paypal or IBAN bank transfer. Paypal is the safest and easiest way to make payments online.

If you have have a Turkish exam coming soon, You can easily prepare for any Turkish exam with our qualified Turkish team.

We afford Turkish and English translation services. Our team have a great deal of experience in all types of documents.

Raise your career possibilities with a Turkish insider's guidance. Prepare yourself for an incoming significant job interview in Turkish.

PayPal is an account-based system that lets anyone with an email address securely send and receive online payments using their credit card or bank account. All payments will be made over a secure encrypted connection so credit cards numbers and private details can not be stolen in transit, this is as secure as online ordering can be. 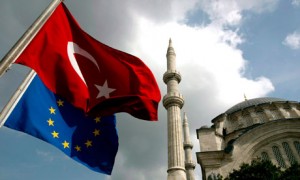 Turkish, moreover referred to as Istanbul Turkish and Anatolian Turkish, is the most largely spoken of the Turkic languages, with more than 70 million native speakers. Speakers of this language are located generally in Turkey, with smaller groups in other countries like, Germany, Bulgaria, Macedonia, Northern Cyprus, Greece, and other parts of Eastern Europe, Caucasus and Central Asia.

The roots of the language can be traced to the Altay region, with the first known written records dating back nearly 1,300 years. To the west, the influence of Ottoman Turkish—the variety of the Turkish language that was used as the administrative and literary language of theOttoman Empire—spread as the Ottoman Empire expanded. In 1928, as one of Atatürk’s Reforms in the early years of the Republic of Turkey, the Ottoman script was replaced with a Latin alphabet.

The distinctive characteristics of the language are vowel harmony and extensive agglutination. The basic word order of the language is subject–object–verb. This language has no noun classes or grammatical gender. This language has a strong T–V distinction and usage of honorifics. This language uses second-person pronouns that distinguish varying levels of politeness, social distance, age, courtesy or familiarity toward the addressee. The plural second-person pronoun and verb forms are used referring to a single person out of respect. On occasion, double plural second-person “sizler” may be used to refer to a much-respected person.

Double click on any word on the page or type a word: